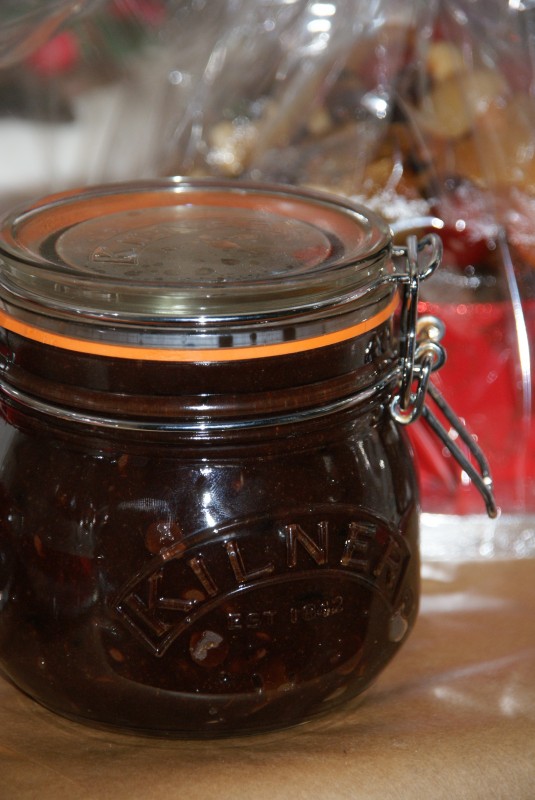 A brilliant way to sparkle up a regular jar of Christmas Mincemeat – turn it into Chocolate Mincemeat.  And before you all turn your noses up at the idea, I was a real non-believer….until I tried it!

Empty the jar of mincemeat into a small pan. 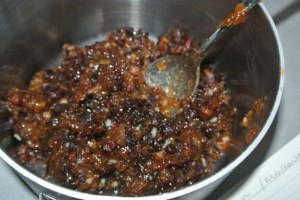 Add the cocoa powder, water and brandy. (If you’d rather not use brandy use 2 tbsps of water instead) 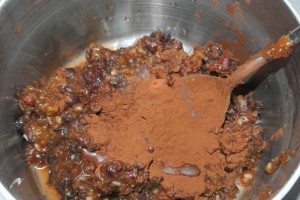 Heat it over a gentle heat, stirring often until the mixture starts to simmer, keeping it on a low simmer let it bubble for 2 minutes. 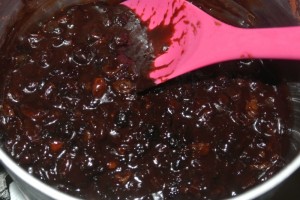 Take it off the heat and allow to cool.

Once cool stir through the choc chips. 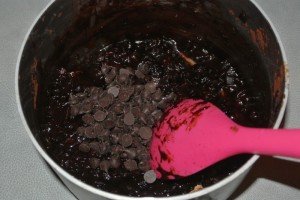 It’s ready to use in whatever you fancy – will make you some gloriously tasty mince pies!  Store it in a sterilised air tight jar until you need it – will keep like that for upto 6 weeks.  Once opened store it in the fridge and use within 3 weeks x 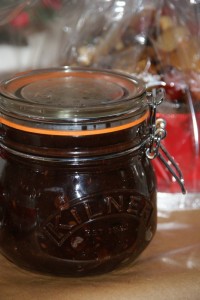 This entry was posted in Christmas, Cinnamon, Treats, Twelve Days of Christmas. Bookmark the permalink.