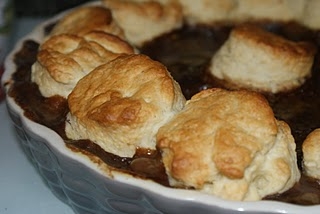 January is traditionally the time that minds turn to expanding waistlines post-Christmas and for many baking treats is off the cards.  However if you love baking it’s a tough one so why not incorporate baking into mealtimes?  This good ‘ole beef cobbler is perfect for that!  The recipe given is for a basic beef casserole but the cobbles can be added to your favourite casserole just the same. 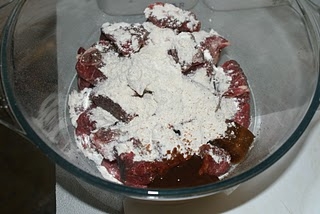 Add the water and stir again.

Place the lid on the dish and into the oven it goes.  When cooking braising steak it is important that it is cooked very slowly so that it tenderises to perfection.  It also means that you can pop it in the oven and forget about it for the afternoon. (My kind of cooking)

Bake in the oven for four hours, stirring occasionally.  You could also cook it in your slow cooker if you have one, allow 6-8hrs if doing it this way.  You will need to transfer it to the oven to bake off the cobbles at the higher heat.

Half an hour before serving time prepare the cobbles.  Add the flour to a large bowl and stir through the salt and mustard powder. 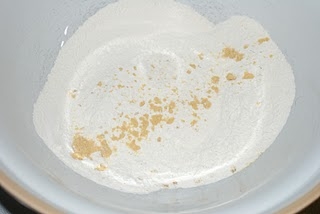 Add the cubed butter and rub into the flour using your fingertips or a trusty pastry blender until the mixture resembles fine breadcrumbs. (Really, I couldn’t manage without mine, if you don’t have one it’s time to invest!) 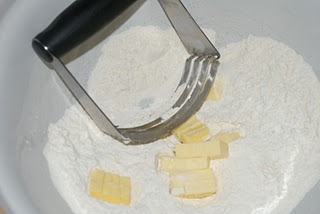 Make a well in the centre and add in the beaten egg and 3 tbsps milk. 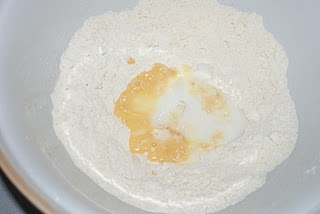 Work the liquid into the flour using a knife until roughly combined.

Tip out onto your worksurface and knead lightly until a soft dough is formed.

Pat out the dough with your hands until it is about 1cm thick.  Cut out your cobbles using a small round cutter – using a  1 7/8″ (48mm) cutter.  You should get 12 cobbles from this. 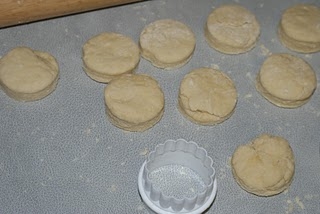 Remove the casserole from the oven and turn up the heat to 180c Fan/200c/Gas Mark 5.

I have had to transfer the casserole to a wider shallower dish so that I can get all the cobbles in to feed my hungry lot!
Lay the cobbles around the top outside edge of the casserole (and one in the middle, if they won’t all fit). 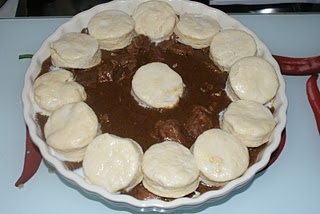 Brush the tops of the cobbles with additional milk.  For a more golden finish you can use beaten egg to glaze instead.

Return to the oven for 15 minutes until golden brown and well risen.  Serve immediately with your favourite choice of veg and no fighting over the cobbles!

This entry was posted in Savoury, Scones. Bookmark the permalink.