How to Temper Chocolate 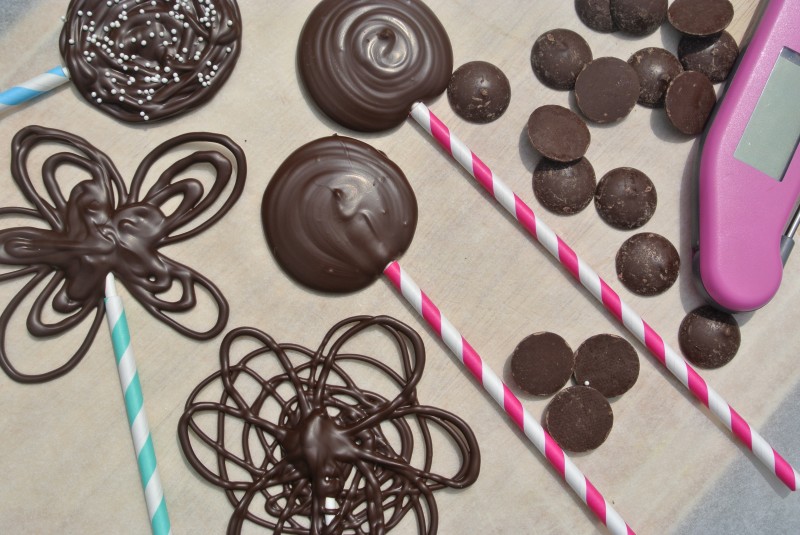 I’ve managed to avoid the need for tempering chocolate until now and managed just to wing it in the past.  The time has come and chocolate is intriguing me, so in order for it to play ball I figured it was going to be important to learn how to temper chocolate.

Now before you all switch off I’ll tell you this – it’s actually way easier than I ever thought it would be!

So what are the advantages of tempering chocolate?  Well then, it sets quickly at room temperature.  It stays dark and shiny instead of blooming or looking swirly.  It will also melt at a higher temperature than untempered chocolate – meaning it won’t go soft and melty at room temp – covering you in it all over again!

So I use the seed method for tempering which I’m definitely finding the easiest so that’s what I’m going to show you here, the pics show tempering dark chocolate but there’s temps for milk and white too.

Digital thermometer – I use a Thermapen, pink of course!

Place 2/3rds of the chocolate into a heatproof bowl.  Microwave on full power in 30 second bursts, stirring it well between each burst.  If you don’t have a microwave then in a bowl over a pan of steaming water will work just the same. 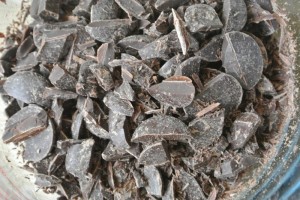 Once the chocolate is nearly all melted start testing the temperature.  The melted chocolate needs to be heated to 48°c for dark chocolate (white and milk chocolate to 43°c) it will be fluid and nice and shiny. 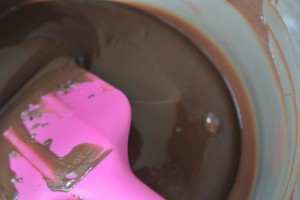 Now to cool it down, add the remaining 1/3rd of the chocolate and start stirring.  This adds good seeds of stable crystals that mix with the melted chocolate and encourage it to form the right structure as it cools. 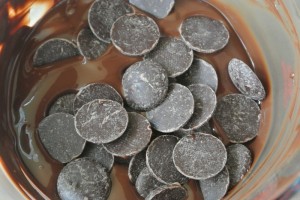 Test the temperature with the thermometer – you need to cool it to 32°c for dark chocolate (30°c for white and milk). 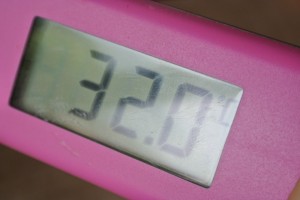 It may happen quite quickly and the seed chocolate hasn’t all melted completely.  If that’s the case remove the chunks with a slotted spoon – if you wait until they’ve melted in then the chocolate will have cooled to far.

Keep stirring until the chocolate drops to the right temperature.  The stirring helps the process along the and the chocolate will be thicker with a more satiny look.

Now your chocolate is ready to go and should be in temper.  Test a smear on a piece of baking paper to check that it sets off quickly without any swirly oily or streaky appearance. 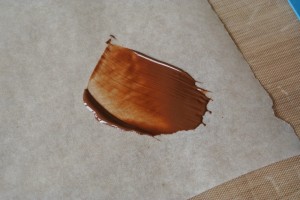 You need to keep it at the right temperature too, between 30-32°c for dark chocolate and 29-30°c for milk and white – a tea towel wrapped around the base of the bowl helps, if it’s going in a piping bag the heat from holding in your hand should be just enough to keep warm, keep it out of a draught, microwave a damp dishcloth very briefly to set the bowl onto and if needs be give it a short session in the microwave on half power to stop the temp from dropping too low.  In all honesty I’ve generally found wrapped in a tea towel is just enough. 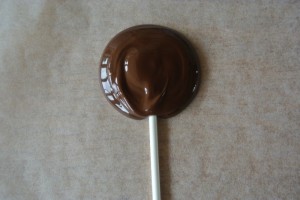 Some points to remember: 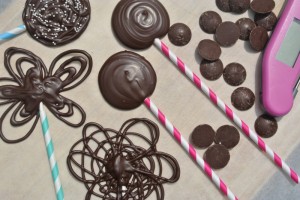 This entry was posted in Chocolate, How To. Bookmark the permalink.

6 Responses to How to Temper Chocolate