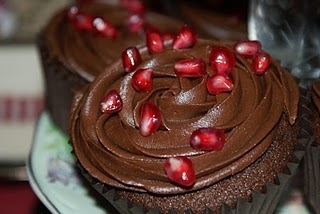 These are a delicious new take on the chocolate cupcake.

The addition of pomegranate adds a subtle fruitiness and gives the chocolate a new edge.  Star of the show are the pomegranate seeds sprinkled on the tops glistening like jewels. (I’m a sucker for glitter!)

Add in the eggs gradually adding in a little bit of the flour at any sign of curdling.

Sift in the flours, cocoa and bicarbonate of soda and mix in well. 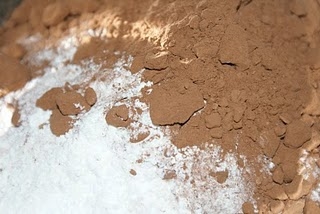 Lastly mix in the pomegranate juice and the vinegar. 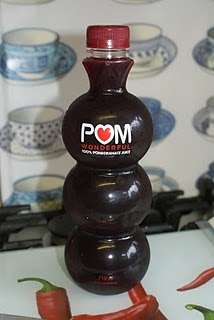 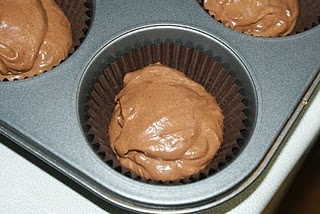 Remove from the oven and allow to cool on a wire rack.

Meanwhile make the frosting.  Chop the chocolate into small pieces and set to one side. 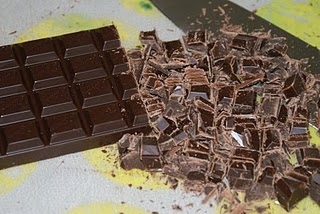 Tip the chocolate into the hot cream and allow to stand for a couple of minutes.  The chocolate will have started to melt in all on it’s own. 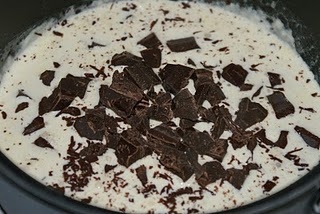 Now give it a good stir until you have a wonderfully glossing chocolate ganache. 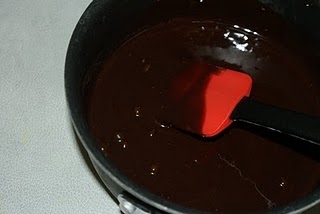 Finally mix in the sifted icing sugar and pomegranate juice, you may well have to give it a really good beat to get rid of any lumps.  (This is where my electric mixer comes in!)

Now you have two options you can spoon the runny frosting directly onto the tops of the cakes as a glossy choccie icing or you can leave it to cool for a couple of hours to thicken up and pipe it. 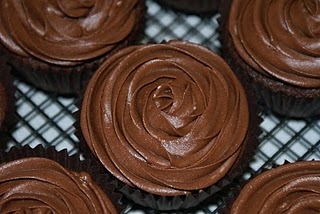 I love piping the tops of cakes, I have nozzles and I have bags and I’m going to use them!  The idea that piping is difficult is a myth, it’s true though that you get better with practice and it’s a heck of a lot of fun.

I will try and show you how to do the lovely ‘rose’ effect piping in the following photos but please do bear in mind that it was beyond me to pipe and photograph at the same time so… step in Mr Whisk, he’s ever so lovely but he doesn’t take a good photograph!

You will need a nozzle like this, alternatively any wide star shaped or plain nozzle will do. 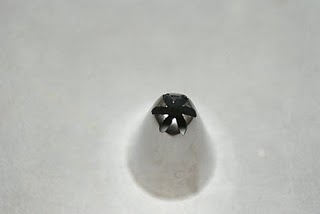 Once the frosting has cooled and thickened give it a really good beat with a spoon.  Fill your piping bag fitted with your chosen nozzle and then get ready to pipe.

Start in the centre of the cupcake and pipe in increasing circles in one continuous motion.  You are almost wrapping the frosting around each previous circle. Only stop piping when you get to the outside edge.

On a completely different note – whose are those old lady hands?aaargh they’re mine : (

Each one you do will get better – I promise!

Sprinkle the tops with pomegranate arils (did you know they were called that? – no neither did I!) 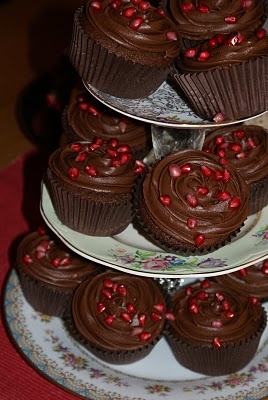 This entry was posted in Cake, Chocolate, Cupcakes, Pomegranate. Bookmark the permalink.