The Boy Who Broke My Heart

I have held back from sharing this story for a couple of days, I haven’t been ready to tell it until now.

Meet Nsengiyumva he is 3 years old. 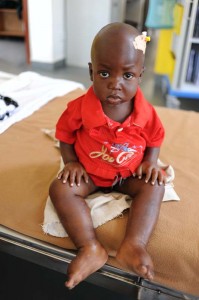 When I arrived on the children’s ward at the Butaro District Hospital it was medicine time for Nsengiyumva, he didn’t want to have it, he was refusing to swallow.

Is it any wonder when he’s very poorly and his meds are crushed up tablets in a spoonful of milk.

Nsengiyumva is suffering from Kwashiorkor as a result of his malnutrition. It is life threatening. The lack of protein in his diet has damaged cells beyond repair.  They can’t release the water and his body is badly swollen, his every movement hurts and he can’t bear to be touched. 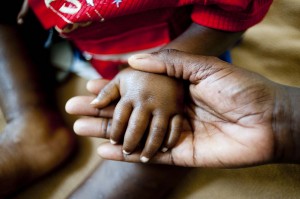 The nurses and nutritionist are extremely kind attempting to soothe and encourage him to swallow the medicine that they are trickling in through his crying mouth.

He’s not fighting back or spitting it out, he hasn’t the energy, tears roll down his face.

Eventually he has to give in and swallow, which makes him cry even harder.

I want to hold his swollen hand and tell him I’ll make it all better but I can’t.

Malnutrituon has compromised his immune system, if he were to succumb to diarrhoea or pneumonia he wouldn’t make it.

Nsengiyumva’s growth has been stunted, it has been irreversibly damaged.

He is being fed three hourly in small amounts to improve his body weight and the positive news is that he is making good progress.

Thank goodness for the District Hospital, the health centre and the community workers who will all assist on his road to recovery.  Nsengiyumva is lucky to come from an area that has these facilities.

If you still needed a reason to support the push to end malnutrition please let this be it.

The photos of Nsengiyumva were taken by the team the day before my visit, you’ll understand I wouldn’t take a photo of a little person in distress. I also met other children on the ward at the time. 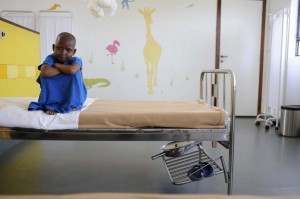 This is Masezerano, she is 12 and extremely shy and introverted.  Like Nsengiyumva she has Kwashiorkor resulting in her hospitalisation.  Her height has been stunted by malnutrition and at 119cm, she is 11cm shorter than she should be. 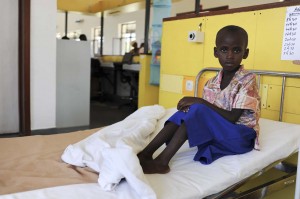 Adri,7 is playful and chatty despite being poorly.  Her malnutrition has caused wasting which can be seen obviously, she weighs just 15kg (roughly 3st 2lb) she should be 20kg.

I realise I’m preaching, you probably don’t want to hear it and to you these are just pictures.

I have met these suffering children and they are just like ours. They have done nothing to deserve it.  Help me put it right.

That’s the last of my difficult stories I promise, it’s time to tell you about the fantastic projects in operation here that are working to put an end to childhood malnutrition, more soon,

5 Responses to The Boy Who Broke My Heart